Hello and welcome to the October 12th, 2018 edition of Friday Favorites. The version of Friday Favorites you will find on this blog include my favorite things from the week. Not sponsored products or things I’m paid to talk about. Alas, this list is merely an honest portrayal of my life and the things I genuinely enjoyed this past week. So let’s get to it!

Warm & Cozy lotion and body spray from Victoria Secret – I’m not sure if anyone else goes through “season” of really being obsessed with a scent but I absolutely do. During middle school and parts of high school, it was Amber Romance from VS and the majority of my high school and early college years were spent drenched in Viva La Juicy by Juicy Couture. (I honestly still have a bottle in my perfume collection, I will forever love it.) Well at this current point I am revisiting my love for Warm & Cozy from Victoria Secret. If you haven’t smelled it or tried it, you need to. It’s described as Vanilla and Sunburst Passion Fruit and it absolutely smells warm and cozy. If you’re someone that prefers warmer, sweeter scents then this one is absolutely worth trying! 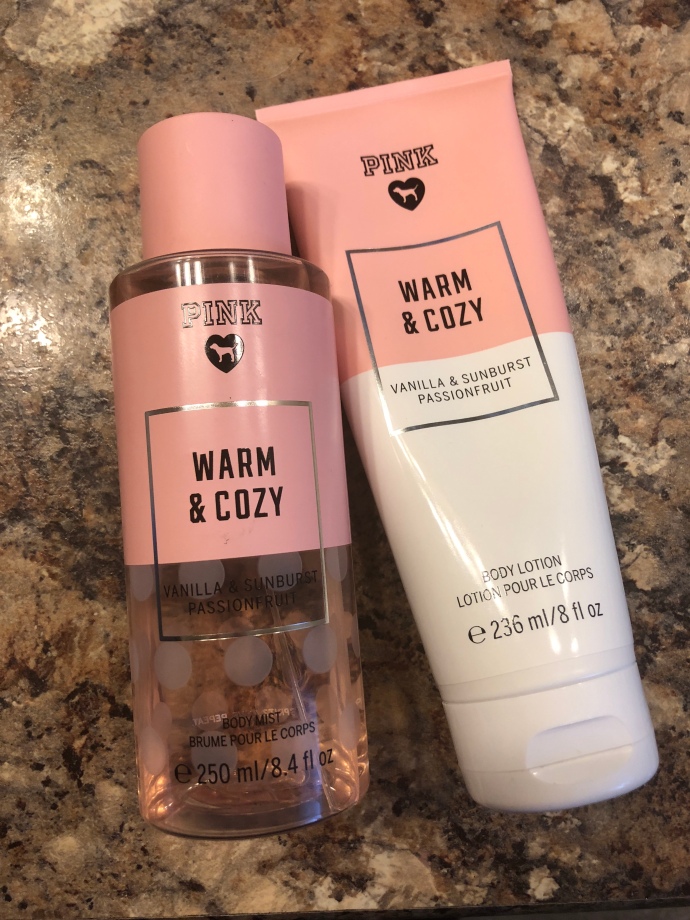 Annie’s Organic version of Spaghettio’s – Does anyone else ever crave foods or snacks from their childhood randomly? Because I do. Which isn’t always the healthiest thing in the world (looking at you, lucky charms) but sometimes you have to give in to the cravings. Well, this last week I’ve been eating the “high brow” version of my beloved Spaghettio’s. “High brow” meaning organic. The ever-popular Annie’s brand has a version of All-Stars and Bernie O’s that are reminiscent of my beloved Spaghettio’s without that heavy feeling in your gut afterward. So if you’re in need of indulging on some canned pasta meals, check out Annie’s version!

Yogi Tea – Positive Energy – I mentioned my love of Yogi Tea in last week’s Friday Favorites post but I have since switched back to my beloved Positive Energy flavor. It’s honestly the best. The Sweet Tangerine flavor mixes perfectly with a splash of creamer to give you a caffeinated creamsicle and if you’re a sweet lover like me, it’s heavenly. Plus, like I mentioned before, the caffeine “high” from tea is so much more stable and enjoyable now that I’ve evolved beyond drinking coffee daily. 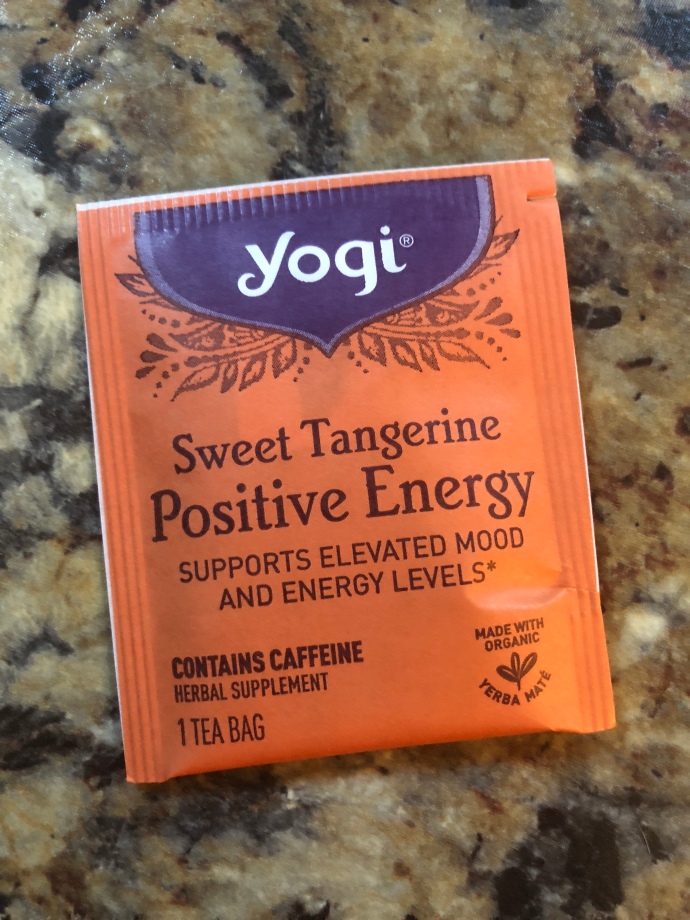 Shark Ion Robot – This week my late birthday present arrived and, you guys, it’s the greatest thing ever! It’s basically Shark’s version of the Roomba. If you follow me on Instagram, you saw earlier this week that my dog, Koji, is not at all a fan. He’s doing a lot better with this robot vacuum than the traditional vacuum though (he hates that thing). The cool part about this one has been watching how it figures out when and how to move around the room. With a shedding dog, it definitely doesn’t replace full-on vacuuming but I know it will be a great addition to my cleaning for the hardwood floor and kitchen. I also love that it had a sensor to know when it was about to go over the edge of a step and it turned itself around. It also comes with a little handheld vacuum for areas that the robot doesn’t get. So far I’ve used it on the baseboards and the air vents and it’s just as awesome.  Also, this model does go on carpets which is hugely important in my house. I wasn’t about to get a cleaning robot that only cleans one thing. Get outta here with that limited futuristic business. But you guys, I have a cleaning robot!!

Socks – This addition to the list might not be as exciting, but I’m wearing socks again! During summer I exist mostly barefoot and only go back to wearing socks full time once fall and winter roll back around. So that time has finally arrived. Even though the weather here is unnaturally warm and rain-free (which is almost unheard of here in the Pacific Northwest) I’m still rocking my socks this week and for the foreseeable future.

American Horror Story – I am a later convert to American Horror story and joined the fanbase after I binged the first 3 or so seasons a few years back. I love a well told creepy story and American Horror Story definitely does that for me. I wasn’t a huge fan of the previous season, for more personal reasons, but as soon as I realized the show was back on and I missed the first 4 episodes, hubby and I binged them and I’m back in the AHS game you guys! So far this season has been weird and interesting and all the things I expect from AHS. Let’s hope the momentum keeps going and I enjoy this one as much as the previous seasons.

Well, that’s all I have for you this week! I hope you enjoyed the things I’ve been into and I look forward to sharing my list with you again next week!

Ever since I gave birth I’ve felt SO different from the person that I was. I think every parent goes through this - one day you are responsible just for yourself and then suddenly your entire world and life changes to include this new little person, and an entirely new life. It shakes you up, to day the least. Giving birth, for me, was one of the most liberating and empowering experiences I’ve ever had and, to be honest, I was completely terrified of what it would be like. Now that I’m on the other side I feel so connected to my body, the natural world, and the next steps toward my purpose here on this earth. I feel completely reinvigorated to reinvent myself and leave the pre-mom Jordan behind. There’s a lot of ups and downs in the early days of postpartum life, sometimes more downs than ups. But I’ve taken this time to be the doorway I walk through to learn about my daughter, myself as a mother, my husband as a father, and every aspect of my life as a new adventure to grow more fully into myself. #newlifecreatesnewlife 📸: @becca_reitz
%d bloggers like this: